The Board of Trustees is the top governing body at UCASU and has the final say in what the Union does.

Trustees are legally responsible for all the strategy and big decisions made by the Students’ Union. They ensure we operate in an ethical way, within the law, and don’t do anything that could financially damage us.

They meet four times a year and are chaired by one of the campus officers.

These are the four campus officers who have been elected by students to ensure current needs are known to the Board.

Up to five current UCA students are elected by the student body to sit on the Board. They will ensure that all decisions made at this level are relevant to current students.

The External Trustees are unpaid positions that provide the UCASU with a wider depth of experience and knowledge. We generally look for people with skills in finance, law, politics and business to provide an expert opinion on our direction.

BOARD OF TRUSTEES MEETING MINUTES

Minutes from previous Trustee Board meetings can be found here:

Join us at the Students' Union and make real change! Find out more online at ucasu.com/vacancies ... See MoreSee Less

Join us at the Students' Union and make real change! Find out more online at ucasu.com/vacancies 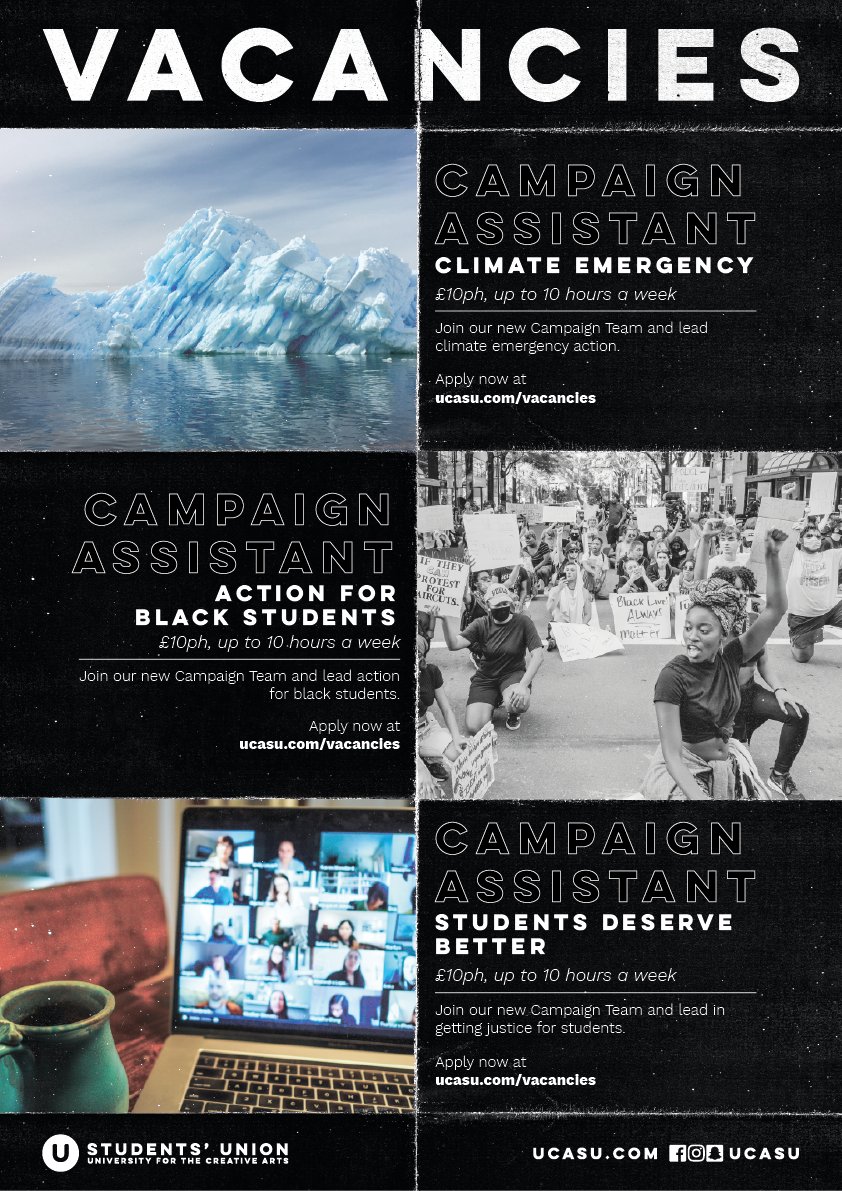