You’ll be aware that there is a great effort at the moment to limit the transmission of the coronavirus COVID-19, with many people and businesses taking action.

This is formal notice of the dates of our annual Elections. Nominations will open at 10am Monday 9 March and close 3pm Monday 16 March. Candidates will be announced soon after, and they can begin campaigning straight away. Voting opens 10am Thursday 19 March and closes 3pm Friday 20 March. Voting will be by paper […]

Posted in: News on Monday, February 3rd, 2020 by Josh Jordan

Hey everyone! It’s Triumph Thursday which means it’s time to give my monthly update of what I have been up to recently. This semester I have launched my ‘Is My Curriculum Inclusive?’ discussions for my Building Bridges for an Inclusive Curriculum campaign. These discussions will be an informal way for both students and staff to […]

We are saddened by the news that one of our students, Yeon Jeong Lee, was the victim of a violent hate crime in London earlier this week. We have been in contact with Yeon in the last few days and are doing all that we can to support them going forward. Yeon has created a […]

Posted in: Liberation, News on Friday, November 16th, 2018 by simoneziel

The seventh video of Awards Week comes from Pole Fitness Club UCA Farnham who performed a pair and a solo routine at the DYNASTY event this term for the first time!
👏

As we are no longer having our annual performance showcase due to the COVID-19 pandemic, we want to bring you footage from rehearsals and performances throug...

Join Callum and Molly this lunchtime to watch them attempt some impressive cake baking... 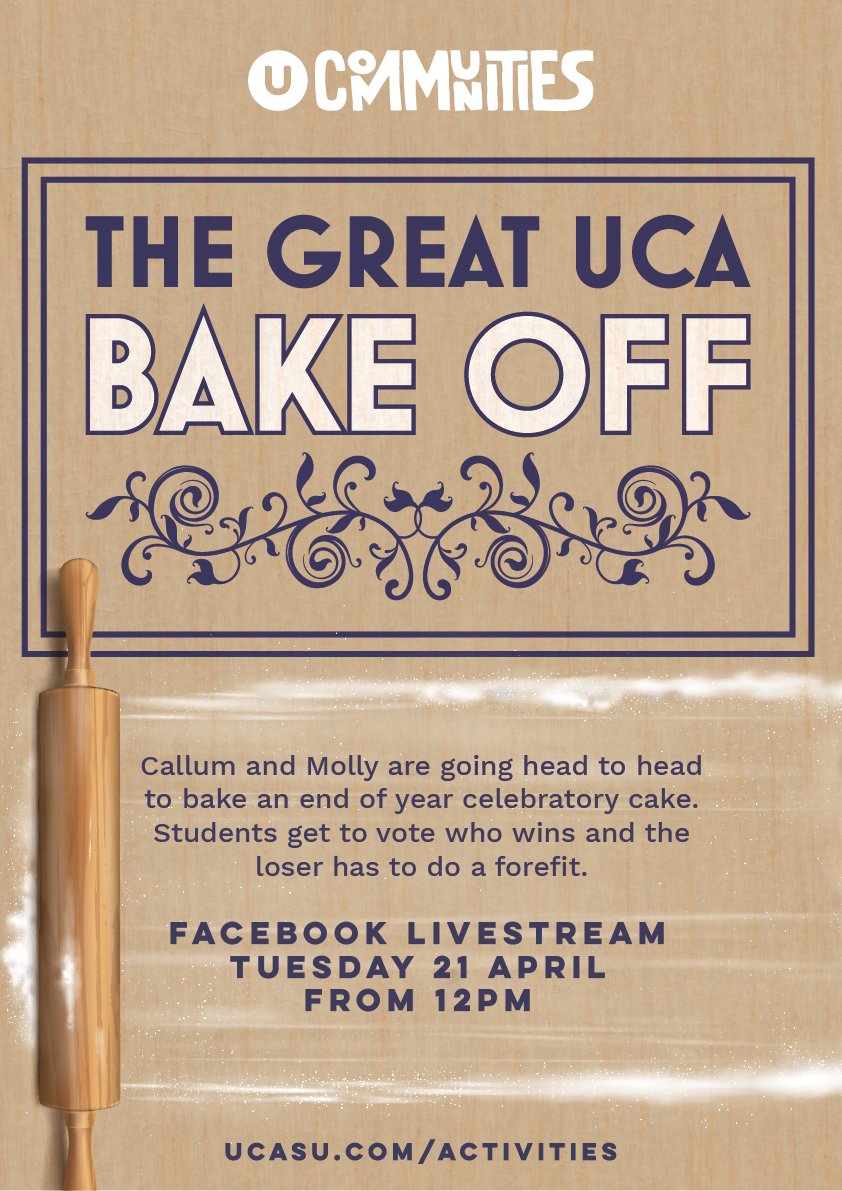