Letters to MPs and Landlords

Over the last couple of weeks, we have heard from hundreds of students expressing their views that they should be compensated or refunded all or part of their tuition fees for this academic year. The way tuition fees are paid to the University and charged to you is complex, and not as simple as UCA [...]

You’ll be aware that there is a great effort at the moment to limit the transmission of the coronavirus COVID-19, with many people and businesses taking action.

We’re kicking off January to rival our Freshers lineup! Join us for some of the biggest nights of the year so far, including a UV Paint Party, another terrible DAMNAWFULPARTIES, and an inflatables party, along with other huge nights.

We are holding the annual UCASU elections in March. Students will be able to nominate themselves for the role of President, Vice-President Kent, or Vice-President Surrey, from 13 -24 March, and will be asked to vote in the week of 27 – 31 March. The President and Vice-President roles will begin on July 1st 2017 […]

DON’T PANIC! WHAT TO DO WHEN YOUR FRIEND IS HAVING A PANIC ATTACK

By Aoife Casson Having a panic/anxiety attack is a pretty horrible thing, but it can be just as bad for the loved ones who want to help but don’t have the faintest idea what’s going on. Here are 5 key things to do if that situation arises, as well as some helpful tips for avoiding the […]

It's time to vote for the act you want to see represent UCA at the Univision Song Contest!Voting is open until midnight Thursday 21st January.Visit www.ucasu.com/univision to watch the amazing entries and vote on your favourite! ... See MoreSee Less

It's time to vote for the act you want to see represent UCA at the Univision Song Contest! Voting is open until midnight Thursday 21st January 🎶 Watch and vote online at ucasu.com/univision 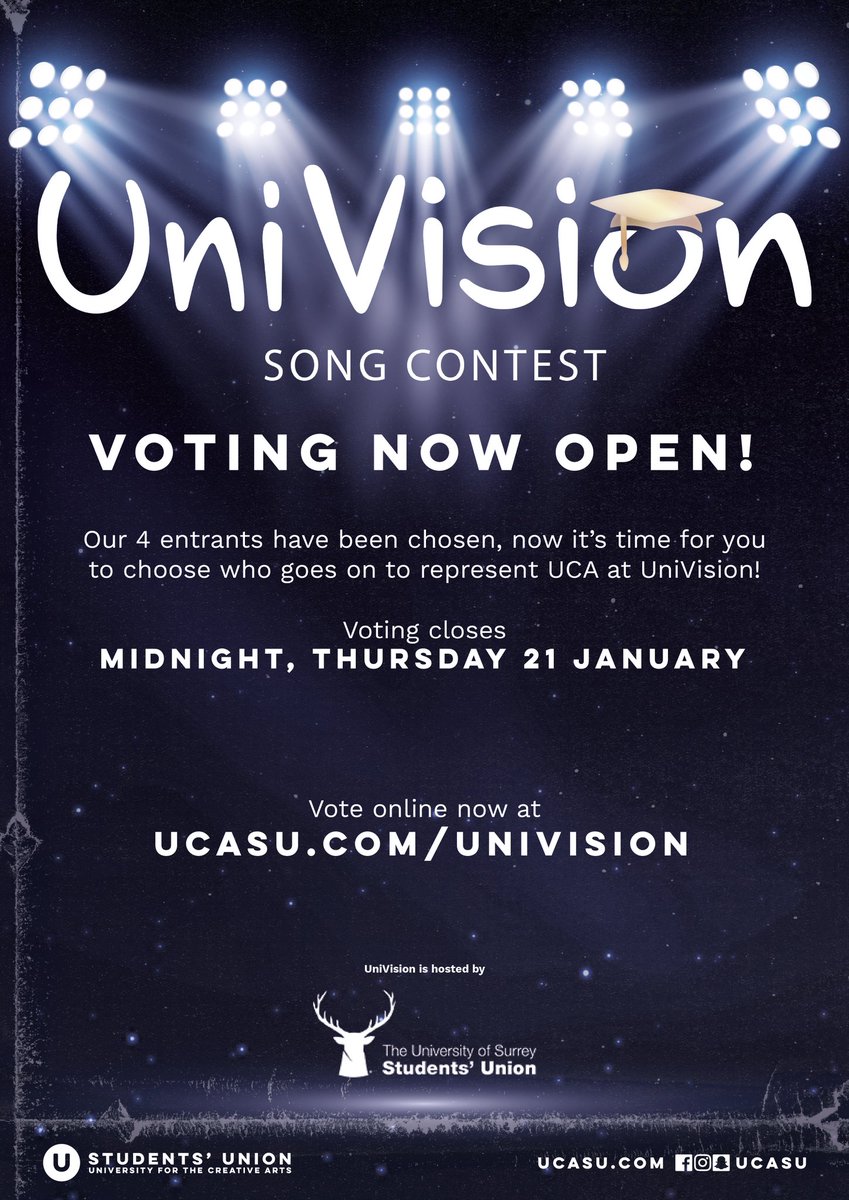